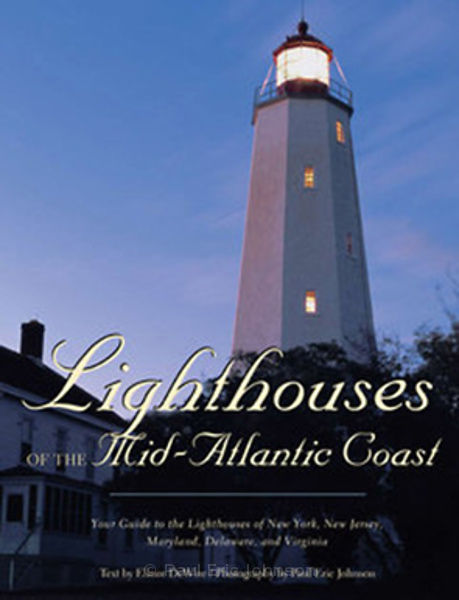 Lighthouses of the Mid-Atlantic Coast

The Mid-Atlantic Coast is unusual for its lighthouses. It has one of the highest concentrations of lights in an area characterized more by great bays, important harbors, and major riverheads than a long coast. With early population centers came greater opportunity over time for evolution in the basic function of signaling to adapt to local conditions with a diversity of style. As a photographer visiting all the many vantage points these lights provided, I came to better appreciate how all the places connected, and just how important safe navigation was to the integration of what were once the settlements of separate colonies with access to an immense interior. 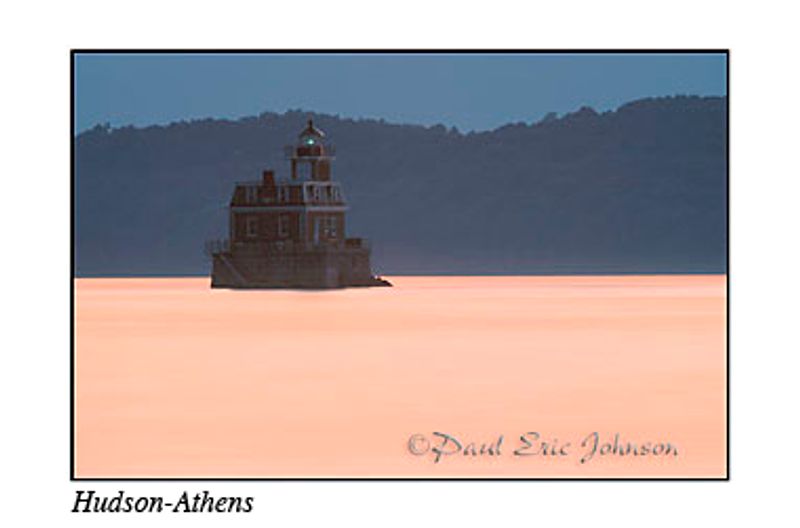 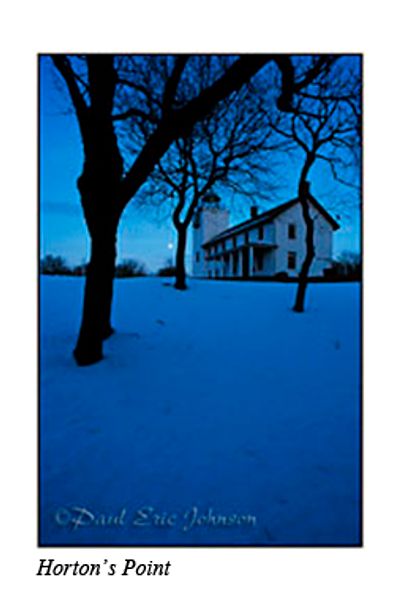 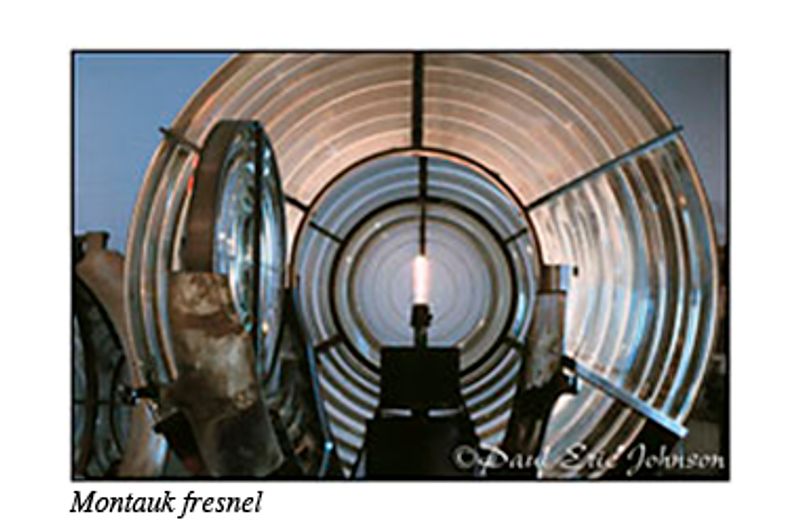 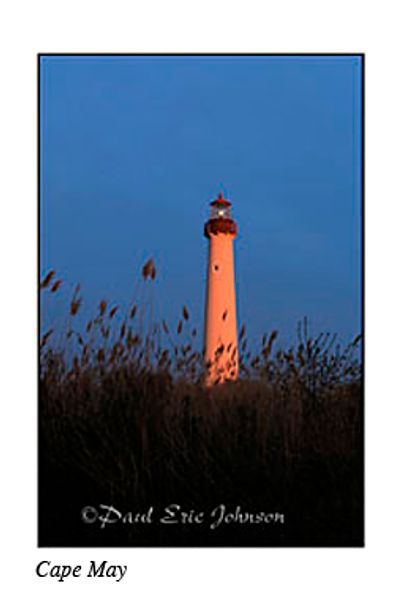 The Jersey Shore with its long north/south orientation has a more significant coast and lighthouse presence than I think most realize. The annual Lighthouse Challenge encourages a weekend visit to eleven that are open. But this coast seems less cohesive in its lighthouse styles, and also in the status and kinds of preservation efforts. Maybe each light has some distance to the next and its own constituency. Some have the status of Montauk and Fire Island on Long Island. Here, tall Barnegat, Absecon, and especially Cape May are signature lights.

A focus on the offshore caissons of the Delaware and their keepers also has purpose. So close and yet so far, they lead the way up the bay to important rivers and ports where iron skeletal range towers take over. I couldn’t relate at first to these utilitarian structures, but once I saw Camden Yards from the top of Tinicum, I appreciated their difference and importance to this day for large ships following the narrow channels. For Paulsboro, its central to the town’s identity and the site of its Home Days.

Everywhere I talked to people for whom their local light was very important. 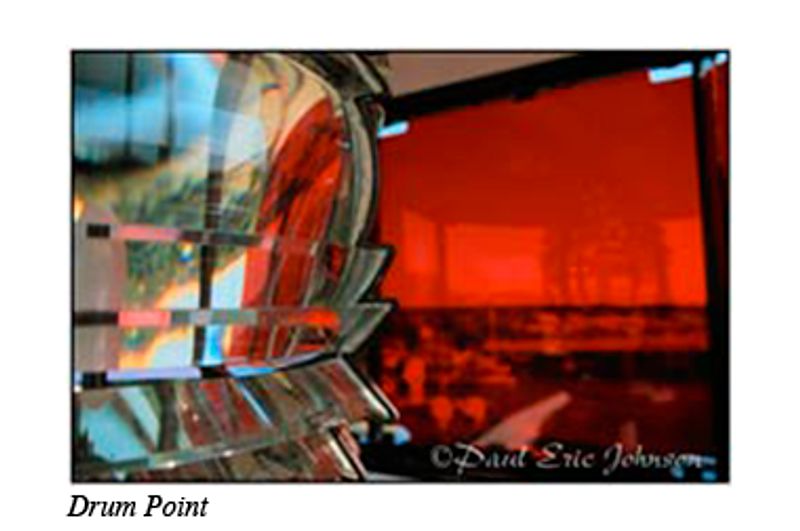 I came to understand the elaborate styles of Hudson River lights better once I visited Cleremont, an estate already thriving at the nation’s founding on the river’s east bank. The lights are mini-versions of the mansions that came to be built on shore. But back then, New York City was a two day sail and the wealth was agricultural.

It’s not surprising that some of these styles are repeated along Long Island Sound close to the city. The island, once a nautical crossroads, has quite the mishmash. While the towns are often mindful of New England, and so some lights, others are like the Hudson lights, while some are more like those of Delaware Bay, and even a few are the tall “broomsticks” common to more southern beaches, or a “teapot”. But it was here, near the Hamptons, that one day I walked out the long sand spit that now connects Cedar Island to land, and peering through a hole in that light’s quoined granite shell, found a cavernous morass of burnt and broken timber.

The lights of New York Harbor are a tribute to its history. Ancient Sandy Hook, the sentinel marker of the entrance from the sea, still shines and has the feel of its age. To me it was matched by the Elm Tree light. I thought I was finding the New Dorp light on Staten Island, but actually the nondescript square concrete tower next to a vintage WWII airstrip quonset hut is a successor to the earliest indicator of the way to the city - a lantern hung in a large elm tree. To remember that the Statue of Liberty began as a lighthouse eventually brought to mind what I believe was an old Harper’s illustration I’ve seen that emphasizes the rays of light emanating from the torch. When did it become the present gilded flame? 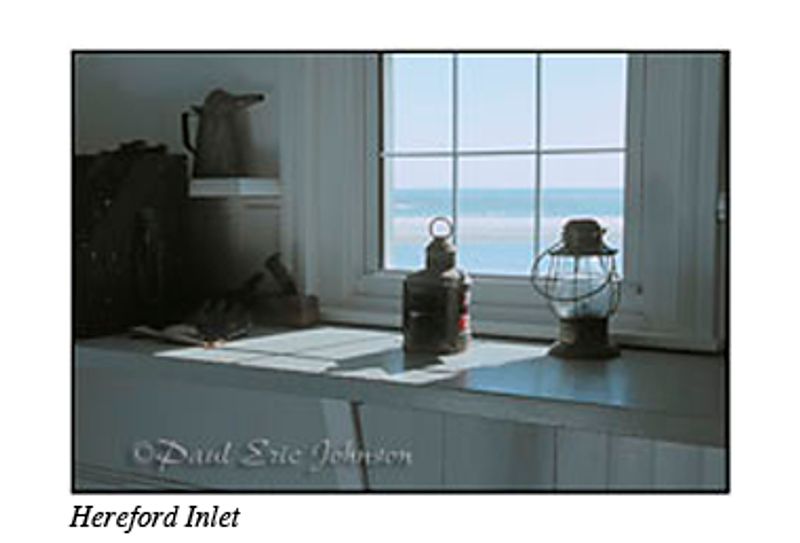 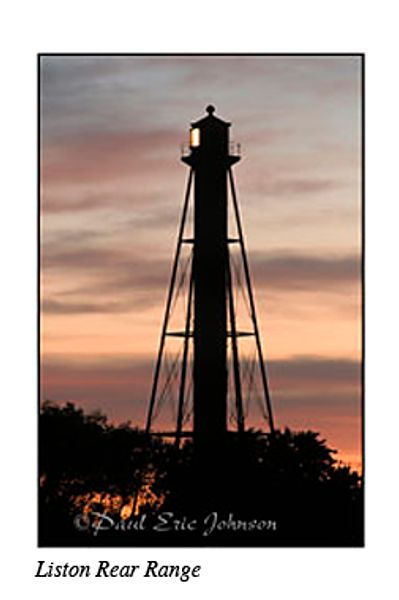 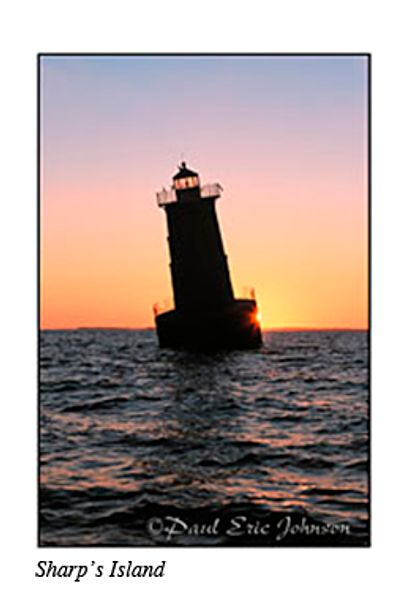 A vantage point gives you only a piece and putting them together in your mind is not enough. What am I really looking at? The bay’s so vast, yet so shallow that the unique screwpile lighthouses typify it. I needed to go into the depths of the Blackwater NWR where all I could see was miles of grassy marsh, spend some time on Tilghman’s Island to appreciate the watermen’s story, then ride the waters with Buddy Norris and enjoy his old family pictures at the yet to be relocated, but abandoned, Drum Point light. Also important were the history and naval presence in the Hampton Roads, and the forts at Old Point Comfort and Cape Henry. So many boats - it’s not just the bay, it’s all the important rivers: James, York, Rappahannock, Potomac, Patuxent, Nanticoke, the Choptank. The Susquehanna provides 50% of the fresh water to the Chesapeake. The spring ice floe is a threat to lighthouses, if no longer to people living in them. 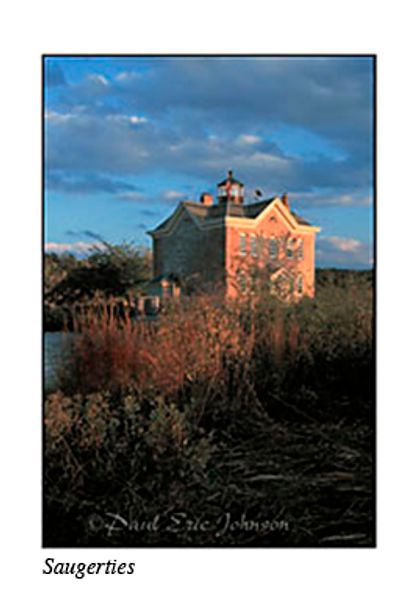 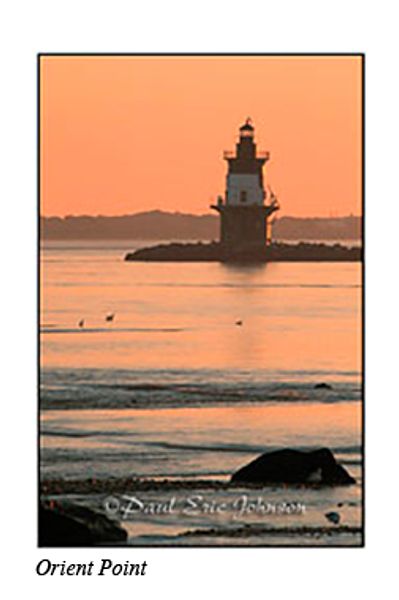 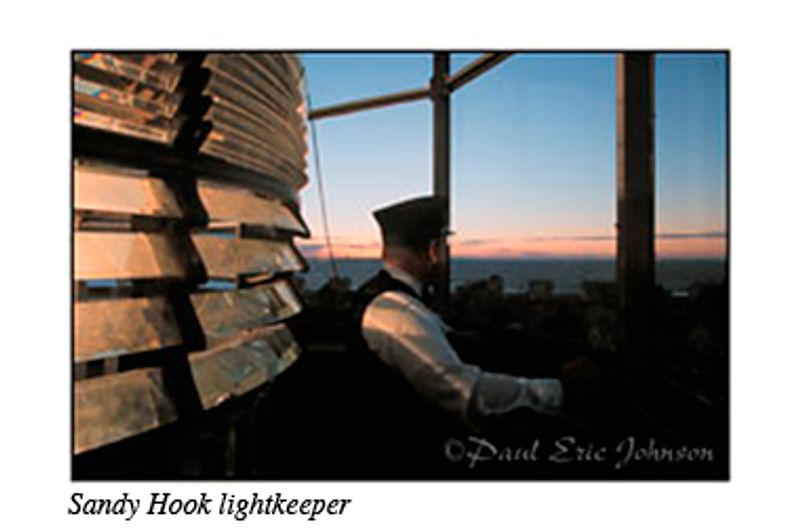 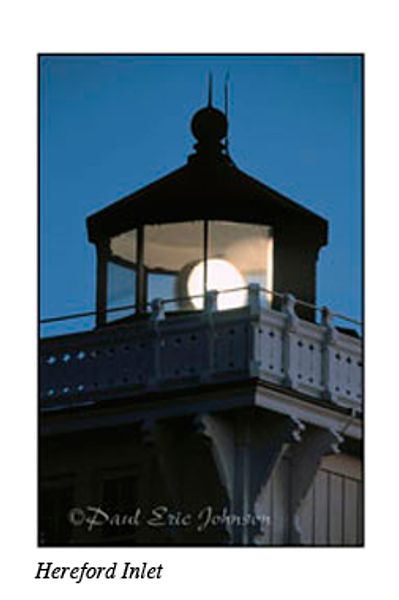 But Hereford Inlet’s Carpenter Gothic is the more unique and homey, its rescue seemingly an affectionate story. Basically, Betty and Steve are there now and they appreciate the help. My favorite though, was plain East Point and the fit within its still remote location. The recent attention it has received is another example of welcome change after longer neglect. Again, it seems some lights were cared for while others disappeared.

But I worry that the bay caissons face a very tentative future. Along with their lack of accessibility, out of sight out of mind, they also lack a large boating community like that of the Chesapeake. A trip with the Coast Guard ANT Team shows just how they’ve got their hands full, and the houses themselves are an unnecessarily elaborate stand for modern light technology. There’s over 200 buoys to tend. Also, preservationist Bob Trepani’s commitment is as strong as any, and a corps of former keepers share that affection. The long ago loss of Cape Henlopen light to the shifting sandy shore at the head of the bay was still lamented by many.

The Chesapeake took the longest to comprehend and probably the most effort to photograph. 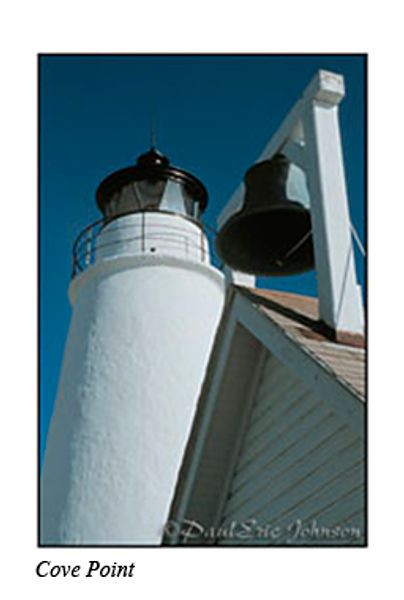 I spent so much of my time on major highways with magnificent bridges. We love to live by the sea, and I could see where summer places had been torn down for more stylish, substantial homes on the same lots. Twenty story hotel “cottages” lining the beaches were sometimes quite shocking. But the overdevelopment of barrier beaches is well known, occasionally there was little left beyond the barely two-lane road on which I was driving. Behind the beaches are such amazingly extensive marshes, if less loved. A newspaper article I’ve seen raises alarm over rapid marsh loss of unknown cause at Gateway NRA on Long Island. Hundreds of acres at Blackwater have been lost to rising sea level and salinization. The oyster catch is 10% of historic levels. Yet, I try to imagine the migratory scenes along the Atlantic Flyway of Audubon’s time. 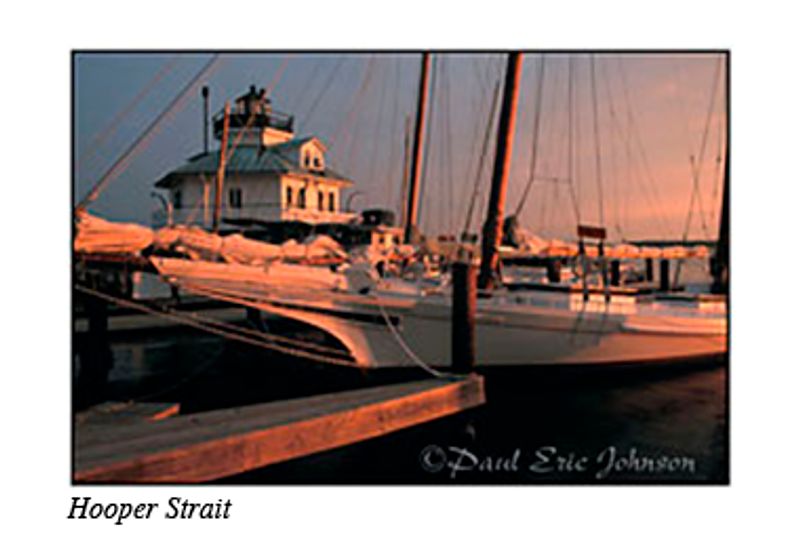 So is there meaning for these lights today? To me, it may be that they’re an outpost, a place to feel our history, meet the elements, understand better where we are, what we face. I hope we visit them not as if to enjoy some simpler life, some wished-for heritage, to get away, rather that when we look out they also provide a vantage point to better see what came before, what we’ve left behind, and what to keep. 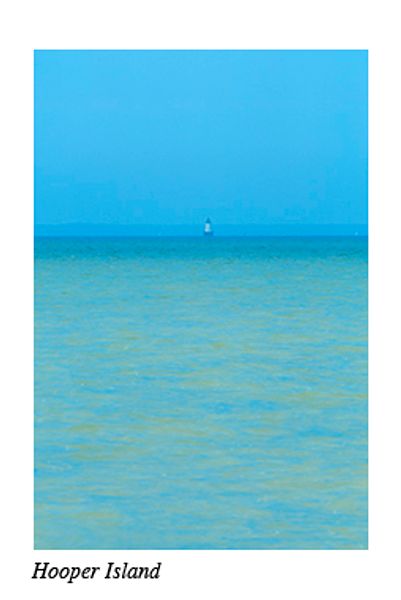