Voyageur Press has published two books of Paul Eric Johnson's photography, Lighthouses of the Mid–Atlantic Coast and Backroads of New Jersey, and for years he photographed throughout New England with representation by Liaison International. Earlier work in multimedia was supported by the National Endowment, the New York Council, the Massachusetts Council for the Arts, the Massachusetts Bicentennial Commission, and the Boston Film/Video and ZBS Foundations. His technical expertise was featured in Mastering Digital Printing, the first definitive “textbook” by Thomson Course Technology, and has also been recognized by Polaroid, Kodak, Fujifilm, and Ilford. Paul is a board member of the Eastern Connecticut Center for History Art and Performance, an elected member of the Connecticut Academy of Fine Arts, and a Guild member at the Silvermine Arts Center in New Canaan. A former gallery director in Provincetown, Cape Cod, he currently maintains a private gallery in Stafford Springs, exhibiting regularly in regional and national museums. Most recent exhibition and publication includes the Lucie Foundation, Los Angeles, the Bethel Woods Center, New York, the Spyder Awards, and Art Ascent Journal, Canada.

“Seashells of the Psychedelic Sixties” was a rather shocking banner headline for the arts section of the Boston Globe on the Sunday after the premier of Multimedia ’74 presented in the sanctuary of the Church of the Covenant on the Public Garden. Yes there were a couple mirror balls, but a one-time malfunction to the paper tape that controlled all the various projectors wasn’t particularly helpful. Paul’s earliest public work was involved in this evolving, defining period for multimedia. In “Shooting Minutemen on Split Screens”, an international review by Stuart Byron for Film Comment, he says the three excellent examples on view in Boston for the Bicentennial, including The Concord Conscience, proved the short form viability of “multi-media films”. Inclusion in the weekly highlights of the "alternative" Real Paper and Phoenix helped provide an overflow crowds for the live performances of his experimental production A Natural History at the Boston Film/Video Foundation – four screens of varying size and angle, six slide projectors, then new quad sound for recorded effects, a freeform jazz trio, separate vocal duet, and multi-color theatrical floods to complete. He also contributed his multimedia expertise to I am the Afro American by the Roxbury Learning and Training Center during the difficult year of Boston’s busing crisis. 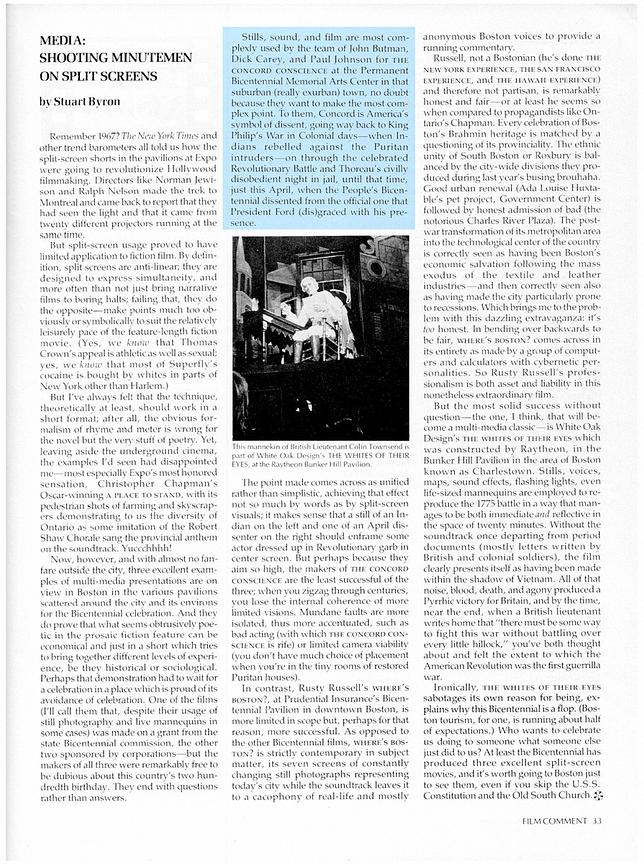 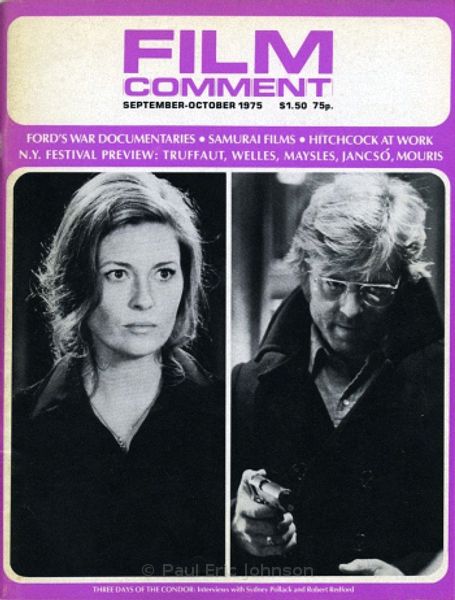