Paul Eric Johnson is a photographer, master printer, and writer. His photography has been published and exhibited throughout the world, and represented by the Liaison and Getty agencies. Two travel books, Lighthouses of the Mid-Atlantic Coast and Backroads of New Jersey have been published by Voyageur Press. Originally a biology teacher, early multi-media work including The Concord Conscience, a Bicentennial production for The Friends of the Performing Arts, and A Natural History, an independent production performed at the Boston Film/Video Foundation among other venues, were made possible by grants and artist-in-residencies by the National Endowment for the Arts, the New York Council on the Arts, The Massachusetts Council for the Arts, the Massachusetts Bicentennial Commission, and ZBS Foundation. His work has also been recognized in Mastering Digital Printing, the first definitive "textbook" on digital fine art printing, and by Polaroid, Kodak, Fujifilm, and Ilford. Formerly photography director for the Wohlfarth Galleries in Provincetown, Cape Cod and the Gallery at Lake Hopatcong in New Jersey, he currently maintains the Parlor Gallery, a private gallery in Stafford Springs, Connecticut. 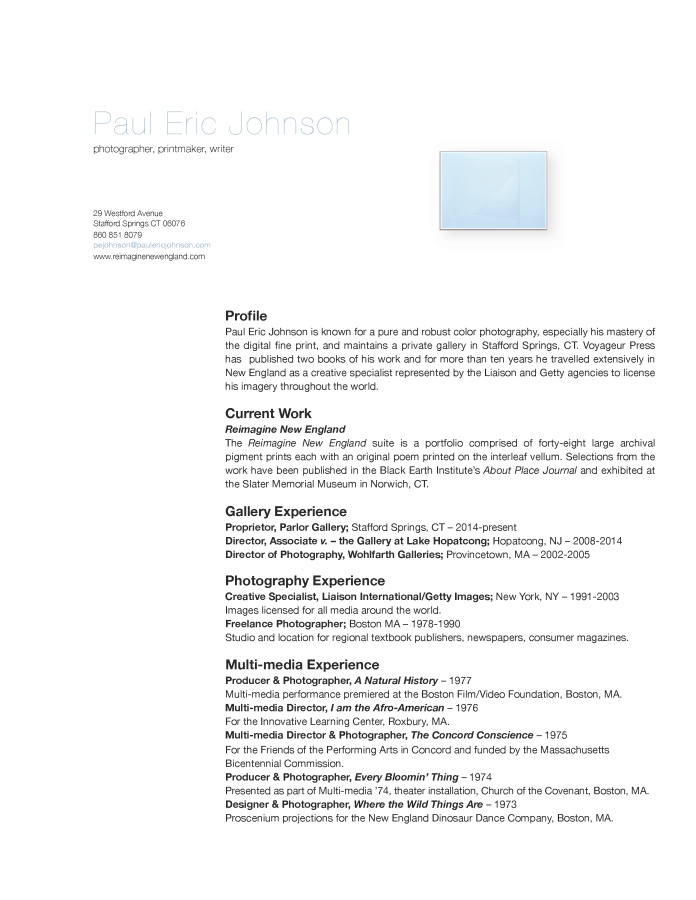 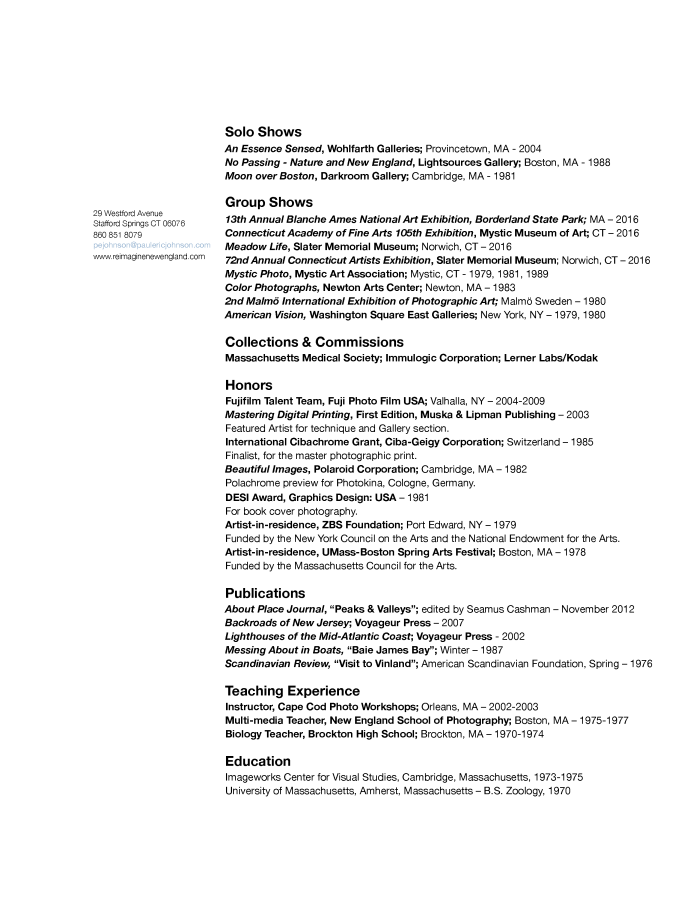 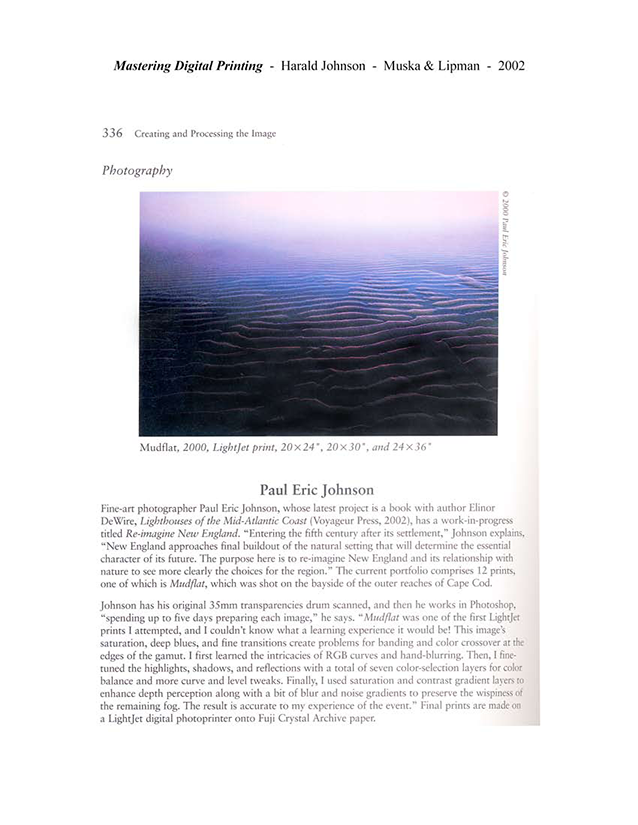 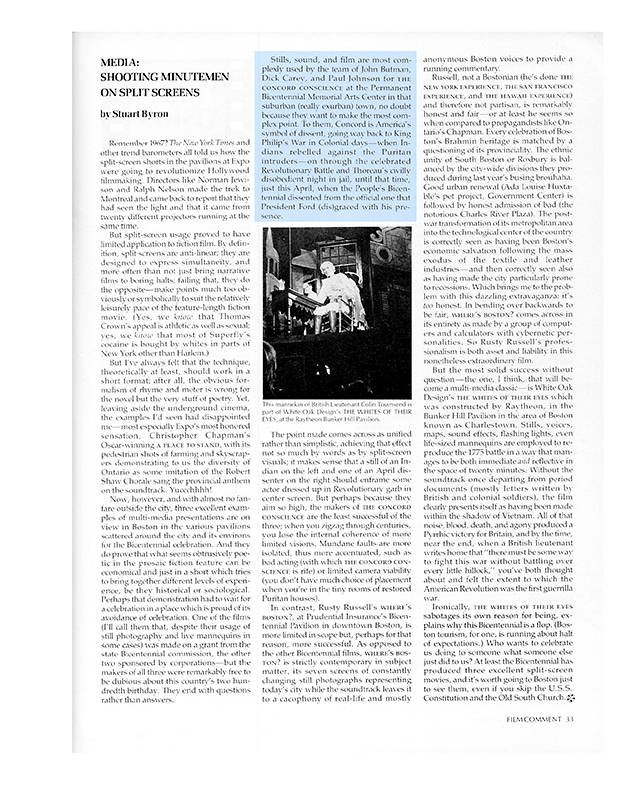